Pizza is one of my favorite things to make. There are just so many options when it comes to toppings. I had a bunch of Swiss chard and mushrooms this week, so I picked up some pre-made dough at Trader Joe’s to make a pizza. If you can’t find dough in your grocery store and don’t have the time to make it, run to your local pizza place and they will usually sell you a big ball of it for a dollar or two, which is awesome!

Separate the leaves and stems of the chard. Chop the stems into 1 inch pieces, and roughly chop the leaves as well. Also cut up your mushrooms and shallot, and slice up the potato. Add your olive oil to a pan over medium heat. Add the shallots and chard stems and saute for about 3-4 minutes. You do the stems first as they take longer to cook down. Next add the chard leaves and cook until wilted, about another 3 minutes. Add the mushrooms and cook until they give off some liquid. 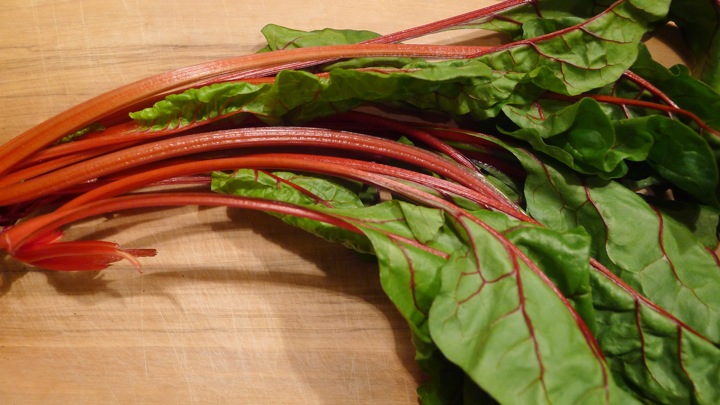 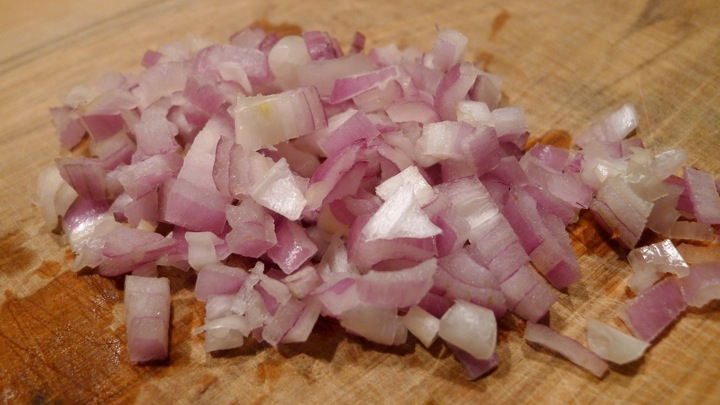 While that cooks, flour a clean surface as well as your rolling pin, and begin to roll out the pizza dough in all directions. Make sure to keep your dough in the fridge until you need it so that it doesn’t get sticky, and continue to sprinkle flour while rolling it out. Place the dough on a baking sheet and add the tomato sauce, followed by the shredded cheese, thinly sliced potato, and mushroom mixture. Drizzle with the truffle oil and throw in the oven for 25 minutes, or until the bottom has a nice golden brown crust and the top is bubbly! Let cool for 5 minutes, then eat the entire thing. 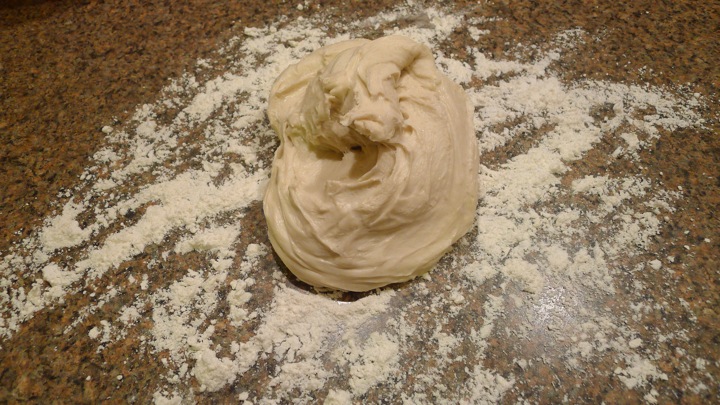 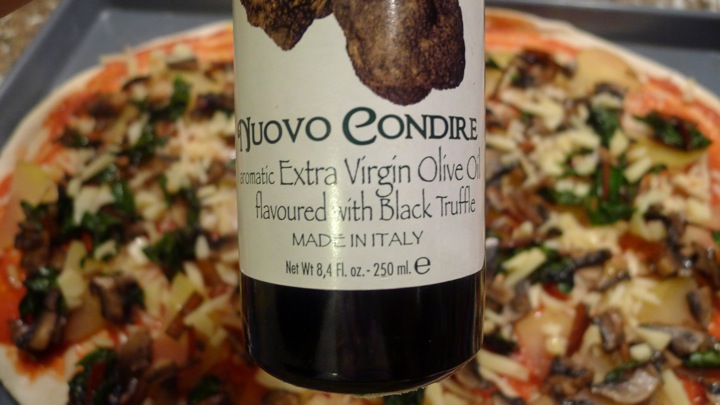